Are you uncomfortable with the idea of being happy?

If your answer is yes, there’s nothing to be ashamed of as it is most likely not your fault. A recent article published in the Journal of Happiness Studies discovered that cultural beliefs may be the reason why people avoid feelings of joy and contentment.

According to the researchers from University of Wellington in New Zealand, a number of cultures (mainly non-Western cultures in the Middle East) hold the idea that positive feelings can actually lead to less than positive outcomes.

Psychology graduate student Mohsen Joshanloo, published a study in the Journal of Cross-Cultural Psychology based around a Fear of Happiness Scale he developed himself. By having participants mark how much they agreed with statements like “Having lots of joy and fun causes bad things to happen”,  Joshanloo attempted to measure fear of happiness across a variety of different countries. The really interesting bit? The study found the scale to be reliable in 14 cultures.

As for the American way of thinking, “It is almost taken for granted that happiness is one of the most important value guiding people’s lives,” stated the researchers, as reported by Science Daily. “Western cultures are more driven by an urge to maximise happiness and minimize sadness.”

Is that such a bad thing?!

Anyway, if you really do feel like you have an aversion to happiness, there are ways to improve your mood throughout the day and eventually teach you to let happiness in.

For example, start visualising. Researchers from Britain say that taking a few minutes a day to visualise your worries awaycan stimulate the release of dopamine, a mood-elevating hormone that is naturally produced by the brain.

Next, stop analysing the bad stuff. Focusing on an upsetting situation will only stir up feelings of anger, frustration, etc. You have already spend countless hours trying to figure out why it happened-and has all of this overthinking gotten you anywhere? Exactly.

So when these moments creep up, do yourself a favour and distract yourself by doing something you enjoy, like listening to music, gossiping with a friend or treat yourself to a nice massage!

Take the test and find out if you are afraid of happiness. Click on the link now.

An adaptation by MDIS School of Psychology. 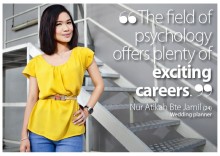 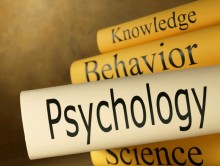 When SOS turns into SO S(ORRY)…

The more people there are witnessing an accident or emergency situation, the less likely any one of them would step up and help the victim... But why? Read more to find out. 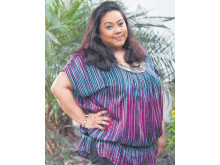